Back to Blog
Are you planning to study in another country after completing 12th in your home country? Don’t know where to start?
11th January 2022

Don’t worry you are not alone. There are many students in the world, who choose to study in a different atmosphere and environment to have a unique experience. Not only 1 or 2 there are plenty of options open for you around the world.

Study in abroad after 12th

All of these skills give you a fair edge in the job market and can prove to be invaluable to any organization in the current global market.

Why learning C Programming is a must?

C is a programming language that is both versatile and popular, allowing it to be used in a vast array of applications and technologies. It can, for example, be used to write the code for operating systems, complex programs and applications, and everything in between. Its simplicity and flexibility has lent itself to becoming one of the foundational programming languages in the industry.

How C programming is used

C is used as a programming language in several ways, such as:

1. In IoT, also known as the "Internet of things," applications

2. When developing the operating system used on a desktop or smartphone

3. To develop and build databases

4. For developing Internet browsers as well as their extensions

5. To develop creative applications, such as photography and graphic design tools, as well as desktop and system applications

As one of the foundational languages in programming, learning C provides a ton of benefits to individuals that take the time to learn it. Additionally, C can be extremely useful when trying to communicate ideas and concepts in programming because of its universal nature.

C++ is an extension of the C language. It was designed to give programmers more control over system resources and memory. It does this through user-defined data types known as “classes,” which is why C++ was originally called “C with classes.”

The main benefit of using C++ is performance. Using “pointers,” programmers can manage the memory a computer is using for a faster execution speed. You can also alter the computer's processor on a lower level, making it faster than some other advanced programming languages.

Now, C++ can be found in many different places, including: 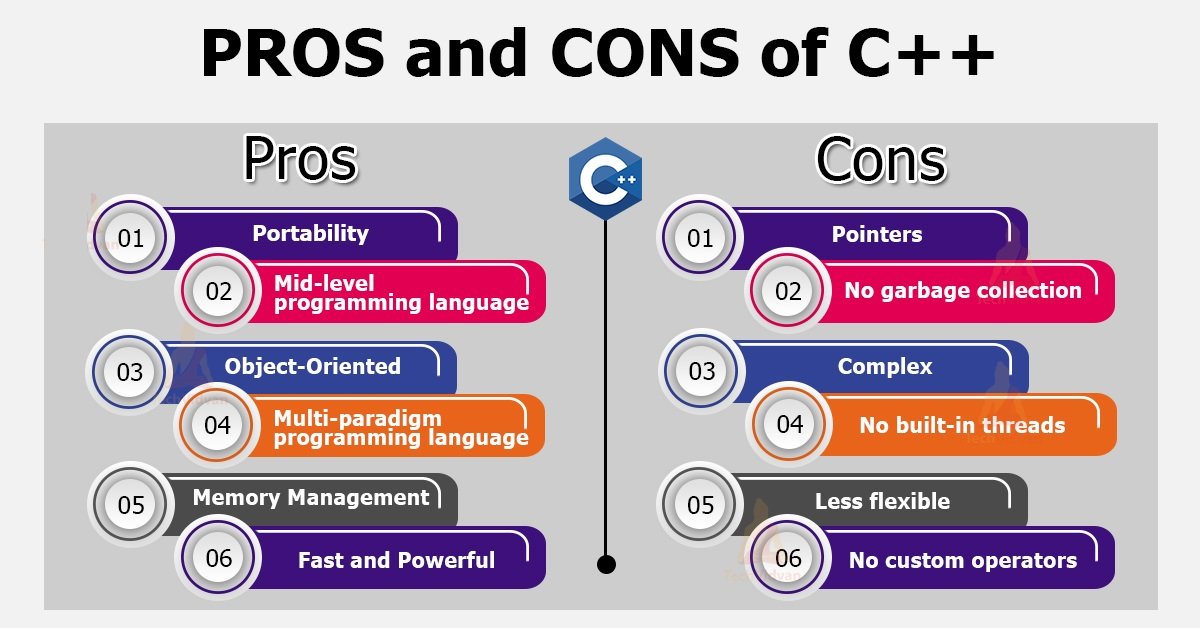 It will help you understand how a computer works

By learning C & C++, you will be able to understand and visualize the inner workings of computer systems (like allocation and memory management), their architecture and the overall concepts that drive programming. As a programming language, C & C++ will also allow you to write more complex and comprehensive programs.

Most programming languages can interface with it

A majority of high-level programming languages, such as JavaScript, Python and Java, for example, can interface with C & C++ based programs. For example, Cython is a popular C-extension to Python for calling functions written in C & C++ or declaring C & C++ types on variables and class attributes.

With so many programming languages available for developers, it can be overwhelming to focus on one. Among the prevalent ones in abroad, Python is a popular choice and for a good reason. Tech giants such as Google, IBM, Netflix, and many others use this dynamic programming language to write clear and precise codes. Besides holding realm across the globe, it also offers promising career opportunities to aspirants and experienced developers.

Read on to learn more about the career scope of the Python language in abroad so you know what to expect and how Python training can help you!

What Are the Different Python Career Opportunities in Abroad?

Career opportunities in Python are increasing in India as well as abroad because it supports multiple programs and can help developers make interactive applications. It is wise to learn about the popular job profiles in the industry to establish a successful career in this field.

Let’s explore the top career opportunities you can pursue to become an expert Python developer.

What is the Future Scope of Python Programming in Abroad?

As one of the fast-growing countries, in Abroad rapidly adopting big data, machine learning, and data science. A recent report shows that abroad analytical industry is growing at a staggering rate of 35.1%. Because of its versatile nature, Python is a preferred technology in India well as abroad. Moreover, it has found widespread usage in the analytics industry due to its simple-to-use syntax. From healthcare to retail, Python developers can find multiple job opportunities across various industry verticals. With the rapid advancement in AI and machine learning in India, Python’s popularity will continue to rise across India.

Why Is Certification in Java Required?

1. A certified Java developer has higher earning potential than other non-certified ones.

2. A certified Java developer always enjoys the priority over other candidates at the time of interview and has better chances of getting hired quickly.

4. Java certification training not only helps you in preparing for the exams but also gives you knowledge and brush up your skills in which are you are weak.

5. Being certified in Java gives a message to your employer or interviewer that you have mastered the language and so they are in high demand.

6. Your company can get more business as your certification can convince the clients to delegate the projects to you.

7. Overall organization performance is improved with professionals having Java certification and so many companies pay for their employees’ certification.

SQL can be used to share and manage data, particularly data that is found in relational database management systems, which include data organized into tables. Multiple files, each containing tables of data, also may be related together by a common field. Using SQL, you can query, update, and reorganize data, as well as create and modify the schema (structure) of a database system and control access to its data.

Structured Query Language is more straightforward than other more complex programming languages. It is typically easier for beginners to learn SQL than it is for them to pick up languages such as Java, C++, PHP, or C#. Several online resources, including free tutorials and paid distance learning courses, are available for those who have little programming experience but want to learn 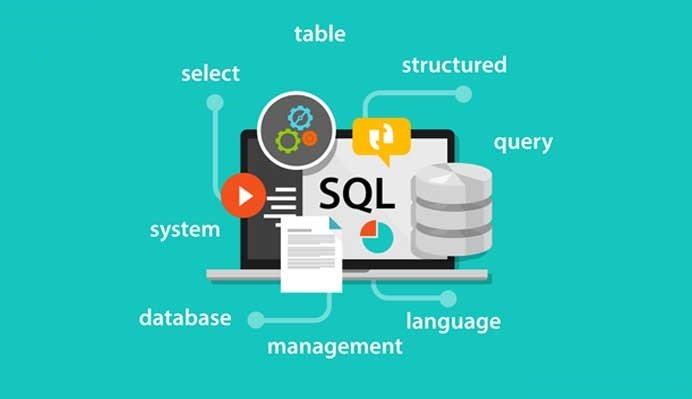 The Most Popular Programming Languages:-

As you’ve seen in this report, which covers only six of the many languages out in the field, similiar ideas turn up over and over in different languages. There seems to be a constant convergence as each language grabs onto ideas that have proven themselves elsewhere—and yet a continual spawning of new languages with fundamental differences in philosophy.

Some languages try to bring new ideas into old programming domains, such as by running on a VM designed for a different language. Developers for languages ranging from C and Java to Python and SQL pull themselves out of a rut by retroactively incorporating ideas that other languages popularized.

Copyright Bitonlinelearn © 2021. All Rights Reserved | Design and Developed By BITINFOTECH

Your experience on this site will be improved by allowing cookies.